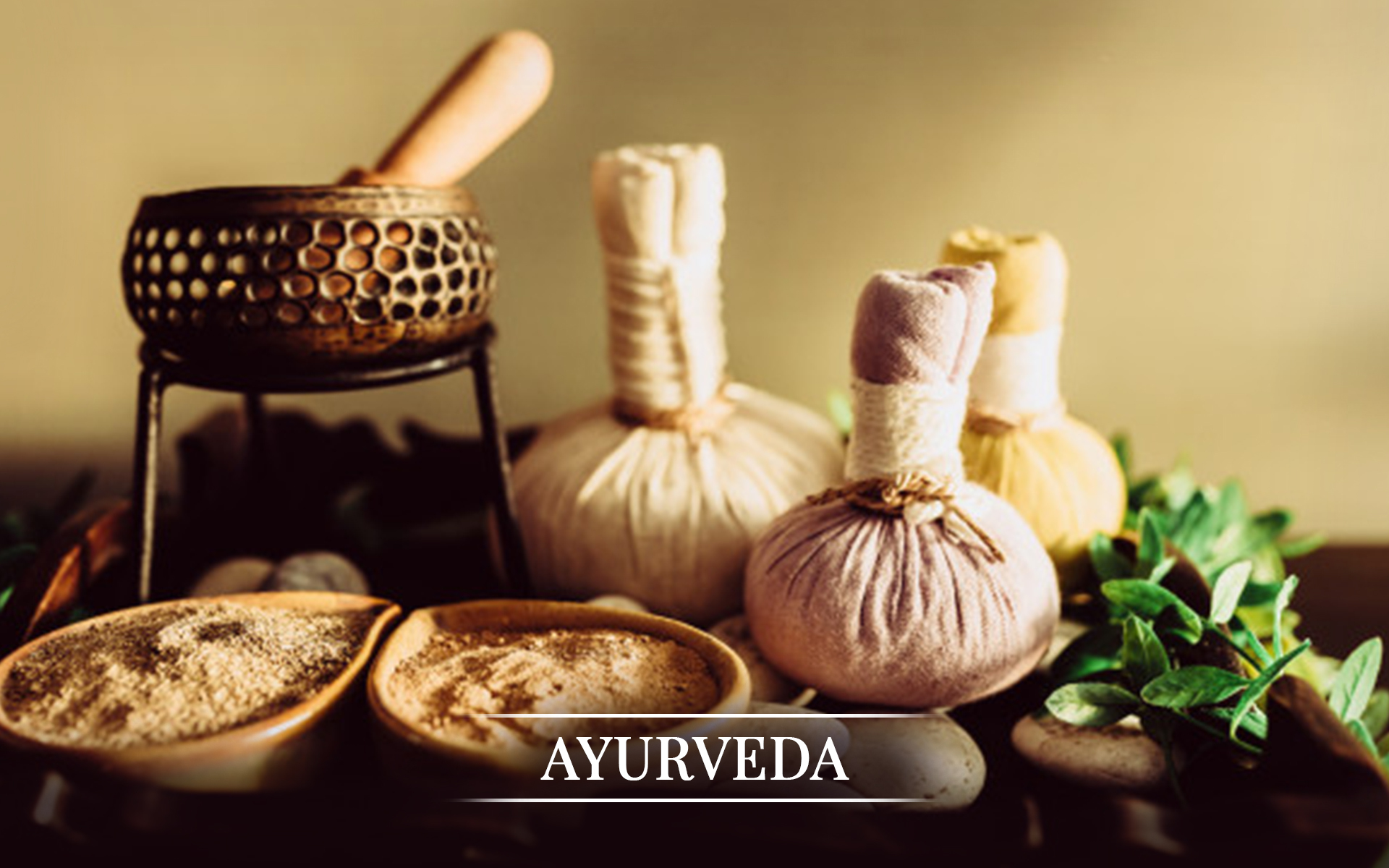 Ayurveda is a way of living rather than just a stream of medicine. It not only helps in curing disorders but also preventing them. It encompasses a wide range of methods and techniques to treat illness and encourage general wellbeing, including:

Modern medicine or Allopathy is basically a drug oriented methodology and relies on three aspects viz. hypothesis, experimentation and outcome.
The effectiveness of Allopathic medicine during an emergency is the fundamental reason why it is widely adopted globally.

In Ayurveda, when the body dosha balance of Vata-Pitta-Kapha is agitated or in disorder, or if any of these types are accumulated, the individual may become unwell. Doshas and toxins accumulate in the body which are a result of an improper diet and lifestyle. The seasonal accumulation of doshas is also described in Ayurveda. Panchkarma, a purifying therapy to enhance the metabolic process through food and herbal medicines, is used in the treatment of chronic diseases and seasonal imbalance of the tridoshas. It restores the balance of the doshas and flushes out the accumulated toxins from the body.

Ayurveda recommends Panchkarma for every individual. Ideally it should be done three times a year, at the turn of spring, fall and winter. In Ayurvedic healing, each condition comes not only with medication and herbal formulas, but also with other measures like special diets, exercise, yoga, relaxation therapies like massages, tea and healing paste. Together with medical treatment, change in daily routine can help in improving health and promoting harmony in living with surroundings and nature.

At Vedicure, Ayurveda plays a dominant role. According to Ayurveda, the human body and all the matter in the universe is composed of “Panchamahabhutas”, the five basic elements. As far as the functions of the body are concerned, this system considers the body, mind and soul as complementary to one another.

The theory of “Tridosha” and “Saptadhatus”- All the physiological processes in the human body and the pathogenesis of various ailments and their symptoms are explained by the theory of Tridosha: three basic constituent complexes in the physiological system: motion (vaata), energy (pitta) and inertia (kapha); and the seven dhatus: body fluids (rasa), blood (rakta), muscular tissue (mansa), adipose tissue (meda), bone tissue (asthi), nerve tissue and bone marrow (majja), generative tissue including ovum and sperm (shukra). There are also waste products called as malas. Each tissue forms its specific waste product in the form of stool, urine, sweat, nail, hair, etc.

Vaata, Pitta and Kapha, the three basic biological constituents derived from five basic physical elements, constitute the bodies of all the living creatures from microbes to man.

The treatments are deviced on these concepts which are inclusive of herbal medicines, Panchkarma, diet, yoga and lifestyle changes. The treatment focuses on root cause rather than superficial nature. Hence, Ayurveda is a powerful healing mechanism for any ailment.